Hello and welcome to another edition to The Expert Belt. This week’s Expert Belt will be the last article before The Pokemon Oceania International Championships that will happen this weekend in Melbourne, Australia.

This week’s featured card had taken last weekend’s League Challenges by storm. With two League Challenges during the weekend, this card has plagued the meta-game with an old twist to the past. This week’s featured card is non-other than the most expensive GX (), the owl, the bird, the robin hood, the most popular () starter from Sun & Moon, its non-other than Decidueye GX.

Decidueye GX is a 240 HP Stage 2 Grass Type Pokemon from the Sun & Moon expansion. It is weak to Fire types and have a Retreat Cost of 2.

Ability “Feather Arrow” – Once during your turn (before you attack), you may put 2 damage counters on 1 of your opponent’s Pokemon. ()

(GX Attack)  [G] – Hollow Hunt GX allows you to take 3 cards from your discard pile and put it in  your hand.

This card is made for disruption decks (T), with a extremely bulky HP. Although its a Stage 2, there is some support for this GX menace. Let’s have a look below.

If you are a new player to the Pokemon TCG, you probably won’t understand the frustration of players that have played from the Black and White to XY expansions. If you felt Garbodor is the most annoying trash you ever faced, man, wait till you have a load of this.

First, we take a look at the past. Starting from the BW Dark Explorers expansion and onwards. 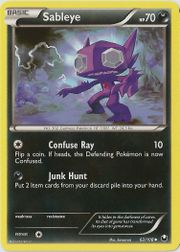 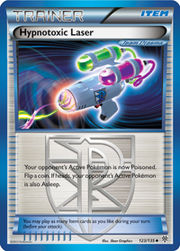 Junk Hunt is such a broken attack, combo with “Pre-Errata” Pokemon Catcher, Hypnotoxic Laser and Virbank City Gym, you are like putting your opponent in a submission move while yelling them to just TAP OUT.

Then from XY Furious Fists onwards we had the next best () card ever created to annoy your opponents.

Before Hypnotoxic Laser + Virbank City Gym was rotated out, Seismitoad EX combo-ed with it to created lasting frustrations to players alike. It was hell on earth. Oh and don’t forget the “Hammers” (Crushing and Enhanced Hammer)!

After the big rotation from XY onwards, Seismitoad EX found a new friend to tag along from Phantom Forces as well. More like friends I should say. 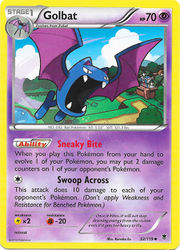 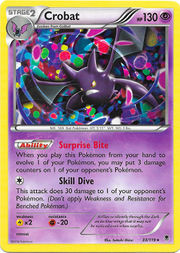 These “friends” from Phantom Forces expansion are played with Super Scoop Up and AZ to keep on activating their abilities in game multiple times. And last but not least, Seismitoad EX have been played along the trash of the century as well. Refer the picture below. Not needed to talk about it. ()

So now, back to the present, Decidueye GX has an ability similar to Golbat from Phantom Forces. Only difference is that Decidueye GX‘s ability can be activated each turn (). As for it’s GX attack, its a slightly better Junk Hunt attack (although it can only be used once) but nevertheless, a strong attack to keep on the pressure.

This combo above is the bread and butter and a killer if managed to setup as early as Turn 1. So since Seismitoad EX has been rotated out, what can replace the “lock” feature? The card below can.

So technically you can setup Decidueye GX and Vileplume during your first turn. If you do, it can significantly increase your chance to winning by a great margin. But who’s gonna be the front liner in your deck? Risking Decidueye GX early can cause problems later in the game. By using Tauros GX as a front-liner, it can grant you a wall while you set-up your pesky Grass types at the back. Since Tauros GX only needs a Double Colorless Energy to attack, Decidueye GX can also benefit from DCE as well to use Razor Leaf faster.

So we had 2 League Challenges last weekend, so here’s a reminder of what the results were. 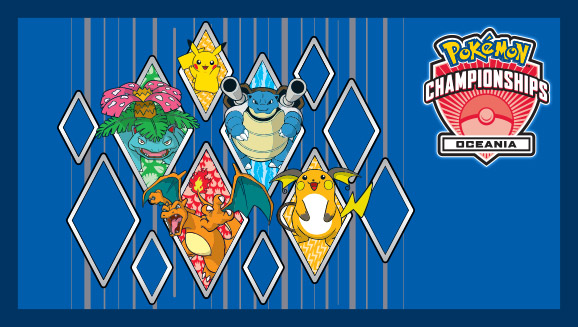 Question: What do you think of Decidueye GX and its impact in this coming weekend’s Pokemon Oceania International Championships? Do you think it will be a threat this weekend at Melbourne?

“Having played against three Decidueye GX decks over the weekend and seeing more than three breaking into Top 8s, I think the Malaysian meta has an infatuation with the card right now. I think we may see some of them at the IC, but it remains to be seen in what form will it appear. The popularity of Decidueye GX kinda caused a resurgence in Volcanion EX decks here in Malaysia, so perhaps that is an indicator of sorts for those deciding on decks from a Malaysian perspective.”

“Decidueye GX is one of the best GX card printed. It’s ability is good and even though it’s Stage 2 , Forest of Giant Plants can help it evolve easily. One of my guru Joshua Lee played the deck that day and I saw how strong it is personally. Tech it with Vileplume, Tauros GX and Lugia EX. You have a deck that can rampage through your deck even before you know it. Even another friend of mine Malik got donked on the first turn. It’s gonna be a play in Melbourne and to be honest quite worried about it. I rate the card 9/10”.

“Decidueye GX is a decent card currently depending on what it is paired with. Decidueye GX/Vileplume is potentially one of the biggest threat deck and definitely it will have a big impact at the International Championships.
To be honest one of the only deck that could even win against it is its Weakness. Sitting on the bench delivering damage and also with a very OP GX attack, Decidueye Gx is definitely gonna give a big impact at Oceania.
Also current favorite GX because I can use with Seismitoad EX in Expanded. Muahahaha.”
(:)

“Decks that requires setup like Decidueye GX is always a risky play. I’ve seen players experimenting with the deck a lot since the deck starting to win Regionals last week. The impact would be strong but most players will not go with the deck due to the inconsistency and the popularity of Garbodor. The impact from recent events is due to it paired with a good partner Vileplume which gives the deck a very good advantage if setup nicely.

To me , playing standard popular decks like Yveltal EX, Darkrai EX, Mewtwo EX in big events like this means that you have to be really good as you are playing against very experienced players from the world. Decidueye GX pairing with a good partner can be a very good call against any deck as its 50:50 against any deck , being the 50 as a good setup (eg: T1 plume/decidueye).

Decidueye GX will see a rise in play in Melbourne I believe but minimal as for me its a gamble play due to Volcanions being still popular and how this decks need to get setup properly to get advantage.”

With the rise of disruption decks on the rise again in Pokemon TCG, Decidueye GX will definitely be in that type of deck, at least until Forest of Giant Plants is still in format (will probably rotate after this year’s Worlds). But until that happens, there will always be a thorn out there that can poke you until you lose, or at least annoy you.

With the Oceania International Championships this weekend, we might see Decidueye GX appear although Volcanion decks are keeping Decidueye GX decks in check. With such a variety of different decks in the meta-game, this weekend is gonna be an interesting tournament. Good luck to all the participants taking part this weekend!

And that’s it for this week’s edition of The Expert Belt. Thanks for reading everyone and until next time, see ya!

*All graphics belong to their original owners and no copyright infringement intended.