Hello and welcome to a special edition of The Expert Belt! With Worlds 2018 just around the corner, there is a wide selection of tech cards that can be included in a deck to swing a particular match-up in your favour. Having cards from XY Breakthrough all the way to the current SM Celestial Storm, the possibility is endless; until rotation at least. So let’s dive right into this special edition of The Expert Belt, Tech for Worlds 2018!

*Do note these are tech cards so it has to be either a one or two energy attachment attack to be efficient/useful!

Cons: Retreat Cost of 2, relies on opponent having 4 Prize Cards to utilize its full potential, 3 Energy for its second attack

The ‘baby” Buzzwole from Forbidden Light has been hugely popular as an archetype of its own but it also has been in other deck archetypes like Zoroark GX itself to give the deck a good matchup against other Zoroark GX decks. Sledgehammer is the main point of this card as with 1 Fighting/Strong/Rainbow/Unit Energy FDY/Beast Energy, it can do a potential 120 flat damage, OHKO-ing opposing Zoroark GX immediately.

Cons: 2-Prize Attacker, Retreat Cost of 2, 3 Fighting Energy to use its other attacks

Buzzwole GX is the pinnacle of Fighting-type attackers when the deck got popular. As a tech card, Buzzwole GX is able to do a solid 30 damage and 30 more to the Bench. More or less a beefy Pokémon GX setting up damage on your opponent’s side of the field while you set-up your main attackers on the Bench. Able to be boosted by Strong/Beast Energy + Diance Prism, it can prove itself useful if your opponent is slow in setting up, however its a liability if you know your opponent is utilizing Mew EX or Dusk Mane Necrozma GX to get a quick KO.

Lycanroc GX usually is paired with Buzzwole or Zoroark GX based decks however it can also be played as a 1-1 in other decks as a tech. Most notably strong for its Bloodthirsty Eyes Ability and literally Dangerous Rogue GX attack, it can force your opponent in a tough spot. Only needing 1 Fighting/Strong/Rainbow/Unit Energy FDY + 1 Double Colorless Energy to utilize both its attacks, Lycanroc GX can prove to be a game changing tech in a deck, only thing is fitting it in and being consistent. 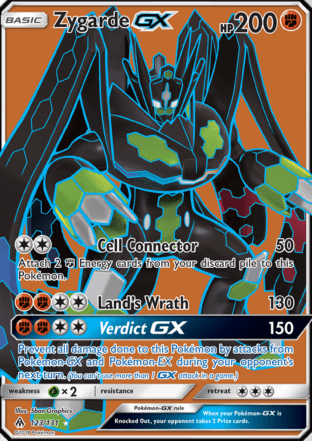 Zygarde GX is a big beefy Basic Pokémon, that can utilize its Cell Connector attack with just a Double Colorless Energy. It does a solid 50 damage without Choice Band. A Diancie Prism + Choice Band will bump the damage to 100 damage which is decent for a One energy attachment. Although it is short in OHKO-ing a Zoroark GX.

Pros: Splashable into any deck, Able to use your opponent’s Pokémon attack as well (if you have the necessary Energy to use the attack)

Mew EX has been the tech for Zoroark GX as Mew EX copies Zoroark GX’s Riotous Beating to OHKO Buzzwole GX. If you’re going for a full-on offensive deck but afraid of Buzzwole, go for Mew EX. Only downside is Mew EX’s fragile 120 HP and it gives out 2 Prizes when Knocked Out.

Cons: 50 HP, Dependent on the Basic Pokémon on your Bench to attack, Prone to Ability Lock

This “baby” Mew is great when your deck is a big basic concept, utilizing the big basics attack to give those Psychic-Weak Pokémon a hard time. However, in saying that, it is very dependent on those Basic Pokémon on your Bench to attack, as it cannot use attacks from Evolved Pokémon. The 0 Retreat Cost is also a great addition for flexibility to a deck.

This Mewtwo has been an alternative to Mew EX as it hits for good numbers against Psychic Weak Pokémon. However, it rarely OHKOs if your opponent attaches their Energy wisely. Still basic 130 HP Pokémon to just do some damage before your main attackers enters the battlefield.

Latios the tactical psychic attacker among the bunch, as having bench damage is crucial to setup easier OHKO on mainly the higher HP Pokémon. Lagoon Flight is also an option if the deck runs Psychic/Rainbow/Unit Energy LPM, as with a Choice Band you deal 200 damage to a Psychic-Weak Pokémon GX/EX. Only downside is Latios semi fragile HP of 110 and possibly its minor 1 Retreat Cost.

At least I’m not a long snake

At least I’m not a light based chicken

Potentially the easiest tech Fairy attacker to utilize, as it only requires a Double Colorless Energy + Choice Band to hit 180 Damage, it OHKOs Rayquaza GX easily (but not for Ultra Necrozma GX as it has 190 HP). However, it is an EX Pokémon so it gives out 2 Prizes when it is Knocked Out. 170 HP is decent but not great for a 2 Prize Attacker as well. It also is not the greatest attacker if not facing Fairy-Weak Pokémon.

Tapu Lele’s Psywave is the main point to countering mainly Rayquaza GX, rather than Ultra Necrozma GX. It requires the Rayquaza GX to have 3 Energy attached to it (which it usually does because its Dragon Break attack requires 3 Energy), which then with a Choice Band does 180 Damage with Weakness. Not as easy to utilize than Sylveon EX, but it is a one Prize attacker and it has a great second attack if the situation is right. All Tapu Lele needs to attack is mainly a Fairy/Rainbow/Unit Energy FDY. Having a resistance to Dark also prevents Zoroark GX from OHKO-ing it.

Cons: 60 HP, Requires few cards to execute the combo for the second attack

Dedenne is the odd one from the block as it like a mixture of both Sylveon EX and Tapu Lele. Its Electrichain attack requires a Double Colorless Energy + a Lightning Pokémon on the Bench to do 30 more damage + a Choice Band and boom, 180 damage. Perhaps a Tapu Koko (Flying Flip) would be the ideal Bench sitter for this Dedenne to work?

Golisopod GX is mainly either a partner with Zoroark GX or an archetype of its own. However, with First Impression only require a single Grass/Rainbow/Unit Energy GRW, there could be a 1-1 tech into certain decks. With saying that, it has a huge Retreat Cost (and so does Wimpod) and it does add some inconsistency to the deck. Is it worth the risk?

Shaymin has been a tech staple against Lycanroc GX with its Rally Back attack. However the combo requires you to be behind and utilize Counter Energy to attack back with Rally Back. Without Counter Energy, this card would require 1 Grass/Rainbow/Unit Energt GRW + one of any other energy to use Rally Back. Plus with its fragile 70 HP, is it worth putting those energies on it?

I think by now everyone knows what Zoroark GX is able to do. Solid main attack with just 1 Double Colorless Energy, an ability so good its broken-ish. And it has the most variety in its own archetype.

Cons: 100 HP, Stage 1, Damage output can be played around from opponent’s Bench

This Zoroark can be an ideal tech in any Zoroark GX archetype as it can hit high numbers when your opponent has a big bench. (3 Bench = 100 damage/ 4 Bench = 130 damage/ 5 Bench = 160 damage). And that is also without adding Choice Band yet. Its Stand In ability is also underrated as it provides some mobility in the deck as well.

Ahh, this Hoopa, can be a threat if your opponent has no non-GX/EX Pokémon to counter it. It is also a great wall if you’re behind and need time to set-up. With the recent introduction of Unit Energy FDY, it can be tech-ed into Zoroark GX/Lycanroc GX decks as well!

Pros: Able to discard an annoying Stadium card in play and reduce your opponent’s hand size.

Pros: Able to discard any Energy card from your opponent’s side of the field

Cons: Supporter, Provides nothing to consistency

Pros: Provides a 10+ damage to hit numbers like 130 or 190 damage easily (mainly for Zoroark GX and Rayquaza GX)

Cons: Provides your opponent’s Zoroark GX or Rayquaza GX the same benefit too

Cons: Metal-type Pokémon negate the effect all together with their -10 incoming damage

Pros: Put 1 damage on all your opponent’s Pokémon GX and EX between turns

Cons: Put 1 damage on all your Pokémon GX and EX between turns 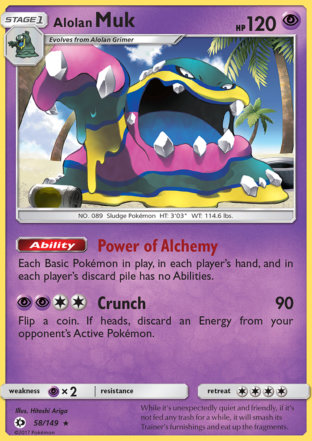 Cons: Stage 1, Locks your own Basic Pokémon abilities as well, Huge Retreat Cost of 4, Not able to lock the abilities of Evolved Pokémon mainly Zoroark GX and Malamar 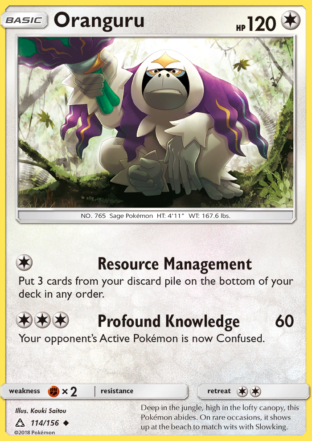 All the best to those competing in the 2018 Pokémon TCG World Championships in Nashville, Tennessee! With that, Darren signing off!

*All graphics belong to their original owners and no copyright infringement is intended.