Hello and welcome to another edition of The Expert Belt! With the new rotation in full effect along with a new mini-set of Dragon Majesty, more and more deck ideas are springing up from out of nowhere.

This time we will be looking at a card that has been a bit hyped about before but then lost its hype when all the “Shrine” decks start raining down onto the format. This edition of The Expert Belt’s featured card is the vast white Pokemon itself, Reshiram GX!

[C] Flame Charge: Search your deck for up to 2 [R] Energy cards and attach them to this Pokemon. Then, shuffle your deck.

Reshiram GX is weak to [W]ater, has no Resistance and a Retreat Cost of 2.

Reshiram GX is quite a unique Pokemon GX, in a way, its more of an aggressive support Pokemon for Fire decks. Having access to Kiawe and Fiery Flint (from Dragon Majesty as well!), you get to utilize Reshiram GX’s Vermilion GX attack with full effect. 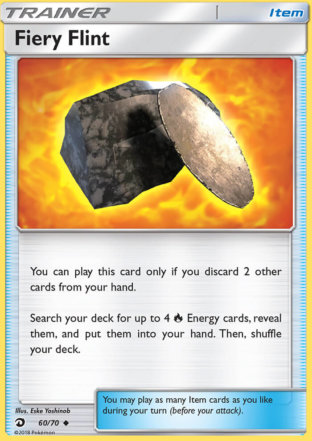 By charging up a Reshiram GX with Kiawe the turn before, you get to use Fiery Flint and then use Vermilion GX to do a whopping 180 damage and attach up to 5 [R] Energy cards from your hand to your Pokemon in any way you like. The ideal attachments are to another Reshiram GX or better, Ho-Oh GX. Its a very aggressive playstyle and kind of an all-in play of non-stop knocking out Pokemon every turn.

Reshiram GX’s main offensive attack, Scorching Column which deals 110 damage is kinda meh, but with the “Burned” condition damage, it totals up to 130 damage and with no drawback. No need to reset to attack or yada yada. It also hits all those pesky big basic non-GX attackers with 130 HP perfectly.

Flame Charge, which is Reshiram GX’s first attack is probably overlooked a lot but with the format slowed down, this sets up either a Scorching Column or Vermilion GX the next turn. So if you’re going second, using Flame Charge is not a bad attack.

Obviously, Reshiram GX’s downfall is that its offensive attack’s cost are all 4 Energy each. Scorching Column is a great attack against non-GX decks but not against big HP GX decks. 130 damage to a Zoroark GX is simply meh.

Kiawe, Fiery Flint and Ho-Oh GX
Turn 1 Kiawe to Reshiram GX, Turn 2 Fiery Flint then use Vermilion GX to charge your Benched Ho-Oh GX. Keep on attacking after that!

Choice Band and Guzma
After charging up your GX attackers, these cards are the ones you want to see. Choice Band to help take KO on 210 HP Pokemon GX or Guzma to get a quick KO on a Pokemon GX on the Bench.

Magcargo (From CES)
Need Guzma next turn to secure the game? Then, just Smooth Over for the Guzma so you can draw it next turn! Helps out the mid-game where you might need certain things like Choice Band, Energy or a Supporter. Pairs well with Oranguru (Instruct ability).

Oranguru (From SUM)
Aggressive decks always tend to fizzle out when they’re 1-2 Prizes away from winning. Oranguru’s Instruct ability can help you draw out key cards to get the last few prize cards. Pairs well with Magcargo (Smooth Over ability) 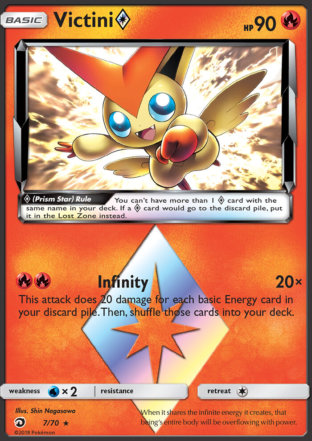 Victini Prism Star (From Dragon Majesty)
With the deck full of GX attackers, there wasn’t too much options for non-GX fire attackers. Victini Prism Star is currently the most offensive basic non-GX fire attacker we have at the moment. Probably useful when taking your final prize when you have a lot [R] Energy in your discard pile at the late game. 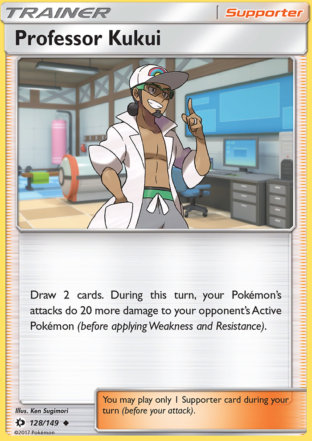 Professor Kukui (From SUM)
The most unlikely Supporter perhaps but with big HP GX on the rise, even with Choice Band, you might not OHKO, let’s say Gardevoir GX with a whopping 230 HP. Reshiram GX’s Vermilion GX or Ho-Oh GX’s Phoenix Burn both does 180 damage, with Choice Band, its 210 damage but with Professor Kukui, there’s your OHKO! It also pairs decently with Magcargo (Smooth Over ability). 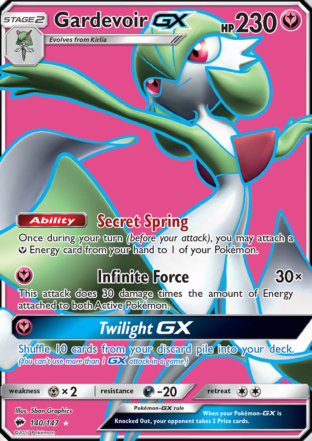 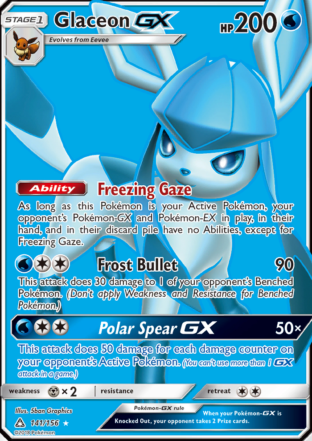 Glaceon GX
Reshiram GX is weak to Water, and has 180 HP. Just a Frost Bullet and bye-bye Reshiram GX.

EX/ GX Immunity
Either from an ability or an attack, EX/ GX Immunity will probably be the end of an all out attacking deck like Reshiram GX. 4 Energies committed on your Reshiram GX and it can’t deal any damage towards these few.

Reshiram GX is a great addition to bring Fire decks back after Volcanion EX rotated out from the format. However, I’m unsure how this type of play-style can do in a format where Malamar is still around. Perhaps you literally have to “Turboblaze” your opponent really quickly before they can do anything. Not to mention a “shrine” filled meta-game. But we will have to see how well this turns out! 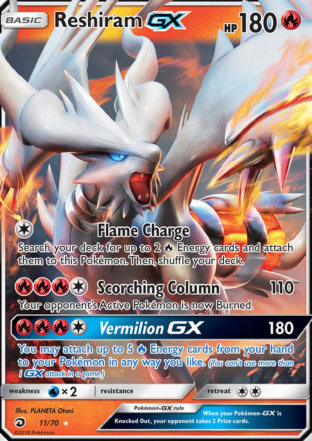 And that is all folks! Thank you for reading this edition of The Expert Belt! With that, Darren turbo-blazing off!

*All graphics belong to their original owners and no copyright infringement is intended.